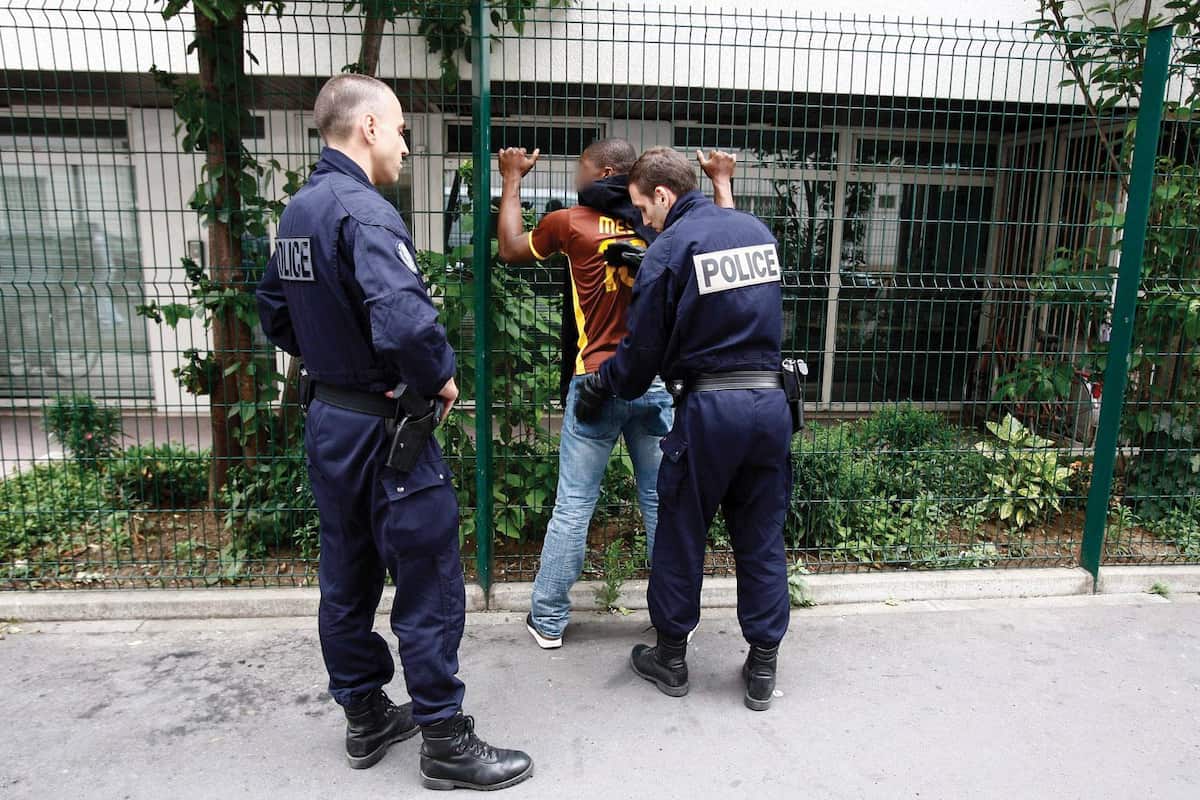 Stop Benjamin In the Name of the French People

French Republic
In The Name of the French People
Having regard to the requests and the amplifying briefs presented for the sir Benjamin [René], man of letters, residing in Paris, 111 Boulevard Saint-Michel and for the syndicate initiative de Nevers [Nièvre] represented by its chairman in office, the said requests and the said memoranda registered with the Litigation Secretariat of the Council of State on April 28, May 5 and December 16, 1930, tending that the Council should annul two decrees of the mayor of Nevers dated February 24 and March 11, 1930 prohibiting a literary conference.

Considering that the aforementioned requests, directed against two decrees of the mayor of Nevers prohibiting two conferences, present the same questions to be judged; that it is necessary to join them to be ruled by a single decision; With regard to the intervention of the Société des gens de letters: Considering that the Société des gens de letters has an interest in the annulment of the contested decrees; that therefore his intervention is admissible;
On the legality of the contested decisions.

Considering that, if it is incumbent on the mayor, by virtue of article 97 of the law of April 5, 1884, to take the measures required to maintain order, he must reconcile the ‘exercise of its powers with respect for the freedom of assembly guaranteed by the laws of June 30, 1881 and March 28, 1907.

Considering that, in order to prohibit the conferences of Sir René Benjamin, appearing in the program of literary galas organized by the syndicate initiative de Nevers, and which both presented the character of public conferences, the mayor relied on the fact that the Sir René Benjamin in Nevers was likely to disturb public order.

Considering that it follows from the investigation that the possibility of disturbances, alleged by the mayor of Nevers, did not present a degree of seriousness such that he could not, without banning the conference, maintain order by enacting the police measures it was up to him to take; that, therefore, without there being reason to rule on the plea of ​​misuse of power, the applicants are founded to maintain that the decrees attacked are tainted excess of power;

Analysis by the Council of State

By the Benjamin judgment , the Council of State gives full scope to the freedom of assembly, enshrined in the laws of June 30, 1881 and March 28, 1907 by exercising rigorous control of the attacks that may legally be brought to it by measures of police, in particular for the maintenance of public order. As the government commissioner indicated, following a phrase often used: “freedom is the rule, police restriction the exception.”

Mr. Benjamin was to give a conference in Nevers on the theme “Two comic authors: Courteline and Sacha Guitry.” Faced with numerous protests from teachers’ unions, who accused the lecturer of ridiculing them during each of his speeches, the mayor of Nevers finally decided to ban the meeting. This decision was annulled by the Council of State on the grounds that the risks of disturbances to public order alleged by the mayor to prohibit this meeting were not such that they could have legally justified the ban of this meeting, so that freedom of assembly is guaranteed by the laws of June 30, 1881 and March 28, 1907.

Since then, the Council of State has always maintained the principle of this case law, according to which the concern for maintaining public order must be balanced against the necessary respect for freedom of assembly. He applied this principle with proof of realism, focusing on the circumstances of the case, on the balance of forces involved (see, for example, Ass. 23 December 1936, Bucard , p. 1151), on the political climate. from the moment. This has led him to exercise very close control over police measures in general (see, for example, Sect., 4 May 1984 , Préfet de police v. Guez, p. 164). In particular, the Council of State checks whether the police measure taken is not only justified in relation to the circumstances, but also is appropriate and proportionate to the threat actually weighing on public order. The Council of State therefore exercises real proportionality control over administrative police measures.

Article L. 2131-6 of the general code of local authorities, resulting from the law of 2 March 1982 on the rights and freedoms of municipalities, departments and regions, provides that the prefect can ask the administrative court to order that ‘it is suspension of the execution of an act of a community which would compromise the exercise of a public or individual freedom, the court having to rule within forty-eight hours. This judgment can be appealed to the Council of State, which also has only 48 hours to rule (see, for example, president of the litigation section, July 29, 1997, prefect of Vaucluse, ordering that the execution of a municipal decree prohibiting traffic on public roads, after 10 p.m. and until 7 a.m., be suspended for unaccompanied minors).

Through the case law resulting from the Benjamin judgment , the Council of State has affirmed its role of guardian of public and individual freedoms in the face of possible attacks that may be brought to them during the exercise of administrative police power.