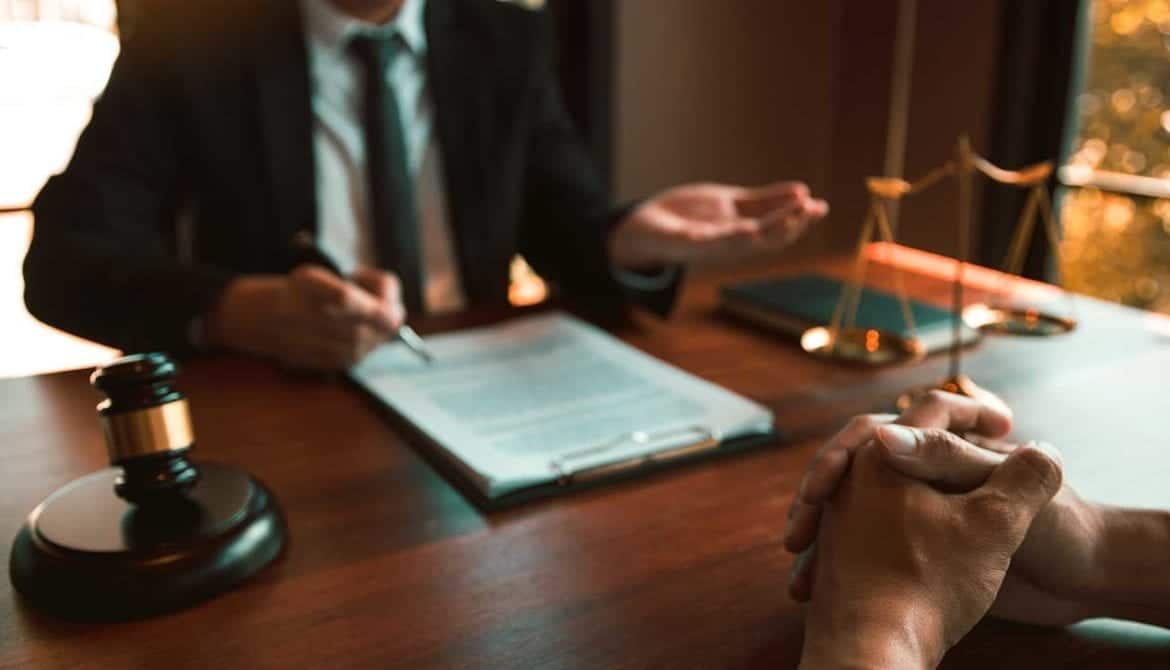 DIRECTIVE OF 25 JULY 1985 REGARDING RESPONSIBILITY FOR DEFECTIVE PRODUCTS

THE PARLIAMENT EUROPEAN AND THE COUNCIL OF THE EUROPEAN UNION,
Having regard to the Treaty establishing the European Community, and in particular Article 95 thereof,
Having regard to the proposal from the Commission (1),
Having regard to the opinion of the Economic and Social Committee (2);
acting in accordance with the procedure referred to in Article 251 of the Treaty (3),
(1) Whereas product safety and the repair of damage caused by defective products constitute social imperatives which must be guaranteed within the internal market; whereas the Community has met these requirements by means of Directive 85/374 / EEC (4) and Council Directive 92/59 / EEC of 29 June 1992 on general product safety (5);
(2) Whereas Directive 85/374 / EEC established a fair distribution of the risks inherent in a modern society characterized by a high degree of technicality; whereas the said Directive has thus found a reasonable balance between the interests concerned, in particular the protection of the health of consumers, the impetus for innovation and scientific and technical development, the guarantee of undistorted competition and the facilitation of trade commercial under a harmonized civil liability regime; whereas the aforementioned Directive has thus contributed to increasing the awareness of economic operators with regard to product safety and the importance attached to it;
(3) Whereas the degree of harmonization achieved by Directive 85/374 / EEC in the laws of the Member States is not total due to the derogations provided for, in particular as regards its scope, from which are excluded unprocessed agricultural products;
(4) Whereas the Commission is monitoring the implementation and effects of Directive 85/374 / EEC, and in particular the aspects thereof relating to consumer protection and the functioning of the internal market, which have already been discussed. ‘subject of a first report; whereas, in this context, the Commission must submit, in accordance with Article 21 of the said Directive, a second report on the application thereof;
(5) Whereas the inclusion of primary agricultural products within the scope of Directive 85/374 / EEC will help restore consumer confidence in the safety of agricultural production; whereas this inclusion meets the requirements of consumer protection at a high level;
(6) Whereas these circumstances lead to the amendment of Directive 85/374 / EEC in order to facilitate, for the benefit of consumers, legitimate compensation for damage to health caused by defective agricultural products;
(7) Whereas this Directive has an impact on the functioning of the internal market, insofar as agricultural trade will no longer be affected by the disparity of systems concerning producer responsibility;
(8) Whereas the principle of strict liability provided for in Directive 85/374 / EEC must extend to all types of product, including agricultural products as defined in the second sentence of Article 32 of the Treaty and those appearing in Annex II to the said Treaty;
(9) Whereas, in accordance with the principle of proportionality, it is necessary and appropriate, in order to implement the fundamental objectives of increased protection of all consumers and of the proper functioning of the internal market, to include agricultural products in Directive 85/374 / EEC; whereas this Directive is limited to what is necessary to achieve the objectives pursued, in accordance with the third paragraph of Article 5 of the Treaty,
HAVE ADOPTED THIS DIRECTIVE:
Article 1
Directive 85/374 / EEC is amended as follows.
1) Article 2 is replaced by the following: “Article 2
For the purposes of this Directive, the term ‘product’ designates any piece of furniture, even if it is incorporated in another piece of furniture or in a building. the term ‘product’ also includes electricity. ”
2) In Article 15 (1), point (a) is deleted.
Article 2
1. Member States shall adopt and publish the laws, regulations and administrative provisions necessary to comply with this Directive. They shall immediately inform the Commission thereof.
They apply these provisions from December 4, 2000.
When Member States adopt these provisions, they shall contain a reference to this Directive or shall be accompanied by such reference on the occasion of their official publication. The modalities of this reference are decided by the Member States.
2. Member States shall communicate to the Commission the text of the provisions of national law which they adopt in the field governed by this Directive.
Article 3
This Directive shall enter into force on the day of its publication in the Official Journal of the European Communities.
Article 4
This Directive is addressed to the Member States.
Done at Brussels, 10 May 1999.
For the European Parliament
The President
J. M. GIL-ROBLES
For the Council
The President
H. EICHEL

HAS ADOPTED THIS DIRECTIVE:
Article 1
The producer is liable for damage caused by a defect in his product.

Article 2
For the application of this Directive, the term “product” designates any furniture, with the exception of agricultural raw materials and hunting products, even if it is incorporated in another piece of furniture or in a building. The term “agricultural raw materials” means products from the soil, from livestock farming and from the fishery, excluding products which have undergone first processing. The term “product” also refers to electricity.

Article 5
If, pursuant to this Directive, several persons are liable for the same damage, their liability shall be joint and several, without prejudice to the provisions of national law relating to the right of recourse.

Article 6
1. A product is defective when it does not offer the safety which one might legitimately expect having regard to all the circumstances, and in particular:
a) the presentation of the product;
b) the use of the product that can be reasonably expected;
c) when the product is put into circulation.
2. A product cannot be considered as defective by the sole fact that a more sophisticated product has been put into circulation subsequently.

Article 9
Within the meaning of Article 1, the term “damage” means:
a) damage caused by death or bodily injury;
b) damage caused to or destruction of a thing, other than the defective product itself, less a deductible of 500 ECU, provided that this item:
i) is of a type normally intended for private use or consumption
and (
ii) has been used by the victim primarily for his or her private use or consumption.
This article is without prejudice to national provisions relating to non-material damage.

Article 12
The liability of the producer in application of this Directive may not be limited or excluded with regard to the victim by a clause limiting or exempting from liability.

Article 13
This Directive shall not affect the rights which the victim of damage may invoke under the law of contractual or extra-contractual liability or under a special liability regime existing at the time of notification of this directive.

Article 14
This Directive does not apply to damage resulting from nuclear accidents and which is covered by international conventions ratified by the Member States.

Article 15
1. Each Member State may:
a) by way of derogation from Article 2, provide in its legislation that within the meaning of Article 1 the term “product” also designates agricultural raw materials and hunting products ;
b) by way of derogation from Article 7 (e), maintain or, subject to the procedure defined in paragraph 2 of this Article, provide in his legislation that the producer is liable even if he proves that the state of scientific knowledge and techniques when the product was put into circulation by him did not allow the existence of the defect to be detected.
2. The Member State which wishes to introduce the measure provided for in paragraph 1 (b) shall communicate to the Commission the text of the measure envisaged.
The Member State concerned shall postpone taking the measure envisaged for a period of nine months from the date of informing the Commission and provided that the latter has not in the meantime submitted to the Council a proposal for amending this Directive relating to on the subject matter. If, however, the Commission, within three months of receiving such information, does not communicate to the Member State concerned its intention to submit such a proposal to the Council, the Member State may immediately take the measure. considered.
If the Commission submits such a proposal for amendment of this Directive to the Council within the aforementioned nine-month period, the Member State concerned shall postpone the measure envisaged for a further period of eighteen months from the presentation of the said proposal. .
3. Ten years after the date of notification of this Directive, the Commission shall submit to the Council a report on the impact for consumer protection and the functioning of the common market of the application by the courts of Article 7 point e) and paragraph 1 (b) of this article. In the light of the report, the Council, acting under the conditions provided for in Article 100 of the Treaty on a proposal from the Commission, decides to repeal Article 7 (e).

Article 16
1. Any Member State may provide that the overall liability of the producer for damage resulting from death or personal injury and caused by identical articles showing the same defect is limited to an amount which may not be less than 70 million d ‘ECU.
2. Ten years after the date of notification of this Directive, the Commission shall submit to the Council a report on the impact for consumer protection and the functioning of the common market of the application of the financial limit of liability by the States. members who have made use of the option provided for in paragraph 1. In the light of this report, the Council, acting under the conditions provided for in Article 100 of the Treaty on a proposal from the Commission, decides to repeal paragraph 1.

Article 17
This Directive shall not apply to products put into circulation before the date on which the provisions referred to in Article 19 enter into force.

Article 18
1. For the purposes of this Directive, the ECU is that defined by Regulation (EEC) No 3180/78 (1), amended by Regulation (EEC) No 2626/84 (2). The equivalent in national currency is initially that which is applicable on the date of adoption of this Directive.
2. The Council, on a proposal from the Commission, shall examine and, where appropriate, revise the amounts referred to in this Directive every five years, on the basis of economic and monetary developments in the Community.

Article 20
Member States shall ensure that the text of the main provisions of national law which they adopt in the field governed by this Directive is communicated to the Commission.

Article 21
The Commission shall address to the Council every five years a report on the application of this Directive and submit to it, where appropriate, appropriate proposals.